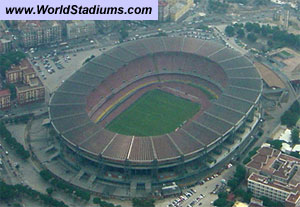 For the second time in a row the Italian Football Association tries to destroy the friendship of Napoli and Genoa-fans. Last year the topmatch in Serie B was moved to a monday-evening so not many Genoani could visit the match and this year it is even more worse. Because of the problems during Napoli-Livorno last wednesday there are no supporters allowed to enter the stadium next Sunday. Already 2000 Genoa-fans booked their 700 kilometers trip to Naples this weekend to have again a party with our twin-supporters. All the newspaper were full of the incredible atmosphere during the promotionmatch Genoa-Napoli last June when Genoa-supporters congratulated Napoli-players inside the field, but the Italian Football authorities still don’t like the two teams that were already punished so many times in the past. It’s a shame !