Genoa plays deep in the South of Italy against Reggina that substituted coach Ficcadenti into Ulivieri 2 weeks ago. In his first match Ulivieri draw in Naples: 1-1. Reggina has 2 ex-Genoa players in the team: goalkeeper Campagnolo (saved a penalty in Naples) and forward Cozza (injured at the moment). Inside our red and blue team are 5 ex-players of Reggina: Scarpi, De Rosa, Lucarelli, Leon and Borriello. Around 200 Genoa-fans make the trip of 1191 kilometres to Reggio Calabria in the point of the Italian shoe. 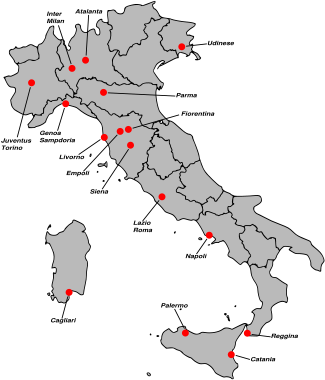 Because of his 4th yellow card topscorer Marco Borriello can’t play tomorrow, so maybe this is the right time to let Lucianon Figueroa make his debut in the line-up. Against Fiorentina and Inter the very friendly Argentinian player already made a very good impression, so we hope Mr. Gasperini starts the match against Reggina with “Lucho” in the team. To put some more length in the defense also the return of Gaetano de Rosa is expected tomorrow. 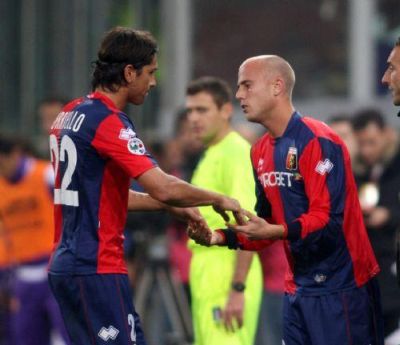