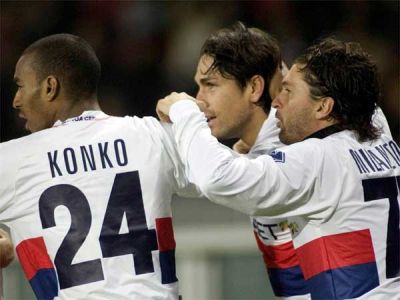 Again Mr. Gasperini surprised everybody with his line-up. He put Papa Waigo and Di Vaio in the team on the positions of Leon and Sculli. He also chose Milanetto and not Coppola in midfield, while Scarpi had to substitute infortunate Rubinho. After a first half without goals it was Marco Borriello that opened the score 2 minutes after the break. The happiness lasted only 8 minutes when Lanna scored the equalizer: 1-1.  Both teams had opportunities to score the winning goal, but after all a draw was the right result.