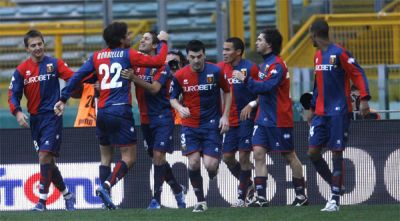 At the end all the 3 slightly injured players Borriello, Fabiano and Sculli are selected by Mr. Gasperini to go in Sheraton Hotel to prepare for tomorrownights topmatch against Juventus. The following 19 players try to put Juventus in a crisis: