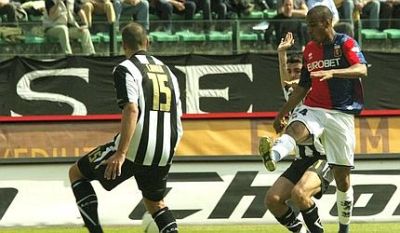 In the last 11 matches Siena lost only 1 time and Genoa played after the red card of Gaetano de Rosa in the 34th minute with only 10 players, but the Gasperini-boys again booked a victory! With De Rosa in defense, Konko and Juric in midfield to substitute playmaker Milanetto and Danilo on the position of Fabiano the red and blue started the match in stadium Artemio Franchi that was filled with 12.000 supporters: 8.000 of Siena and 4.000 Grifoni. In the 24th minute a cross of Sculli was controlled by Konko who shot just inside the penaltyarea with his right foot in the corner of the goal: 0-1. Only 10 minutes after the goal an error of Rubinho gave Maccarone the opportunity to score the equalizer, but Gaetano de Rosa blocked him and got a red card of the referee. Of course Siena did everything to score the equalizer in the rest of the match, but Rubinho and the others did fight like lions and defended the 0-1 advantage till the end. The fifth victory of Genoa outside Marassi, curiously just like the present 4 times in the red and blue homeshirt! Genoa now is only 3 points behind Udinese and close to Uefa-zone. 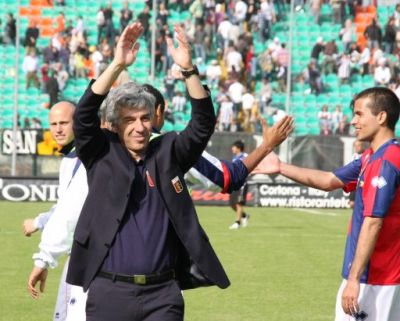