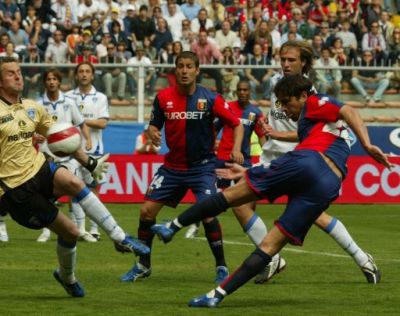 At the end of a fantastic weekend the Dutch Genoani saw a bad Genoa loosing against the very inspired team of Empoli. Of course Empoli has to do everything to stay in Serie A and Genoa is save on the 8th position, but till yesterday there was still a little hope to reach the 7th position which probably gives the possibility to play in Uefa-cup next season. After the deserved defeat we only can hope that Genoa stays on the 8th position and maybe reach Uefa-cup by winning in the Intertoto-competition, while it is not sure that Gasperini and his players want to play in this summer competition.