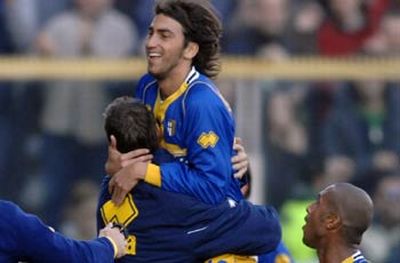 It is almost sure that Andrea Gasbarroni is the 3rd new arrival of Genoa this summer. After Modesto and Di Gennaro again a midfieldplayer. Gasbarroni is raised in the youth of Juventus (with Gasperini) and afterwards he played with Varese, Sampdoria, Palermo and Parma. Last year the almost 27 years old offensive midfielder played 26 matches and scored 5 goals. In his career he played 103 Serie A matches and scored 16 times.