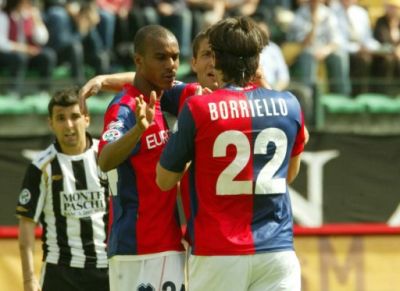 Last summer Genoa changed with Siena one of the biggest talents in the world: Fernando Forestieri with Abdoulay Konko. Of course the Genoa-supporters reacted furious, but Mr. Gasperini and his staff were right. Our 24 years old French midfielder played a fantastic season in Serie A and a lot of big clubs wanted to buy him. F.C. Sevilla did the best offer: € 9,3 millon, so Abdoulay plays in the Primera Division next season. To close the circle the ownership of Forestieri returned this week completely to Genoa.

Besides Konko also Cesare Bovo left Genoa this week. The defender returned to his former club Palermo that in return pays € 3 million and the 31 years old defender Giuseppe Biava to Genoa. With the sale of Borriello, Konko and Bovo Mr. Preziosi earned over € 21 million and the arrival of Davide di Gennaro and Giuseppe Biava.