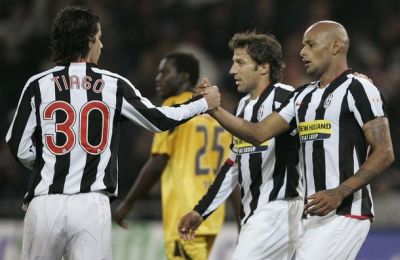 Tonight both father Enrico Preziosi and son Fabrizio Preziosi spoke in an interview about the situation with Genoa, 1 week before the first training at 16th July in Liguria. Both confirmed that another 2 new players will arrive: a stand in to central forward Lucho Figueroa which will be 99% sure the Uruguayan player Ruben Olivera. The old player of Juventus and Sampdoria is 25 years old and 1.82 meters high. He arrived from Uruguay in Italy at the age of 19 in the Juventus Primavera team of Mr. Gasperini who still believes in the capacities and mentality of the international player (22 matches with Uruguay’s national team) who had some bad periods the last years.

The other new arrival certainly is a big and experienced central defender. 2 players are favorite: Maurizo Domizzi of Napoli and Dario Dainelli of Fiorentina. Will be continued..