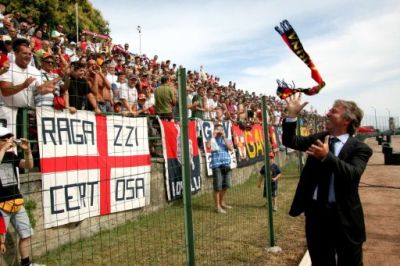 Enrico Preziosi did it again! Our 14th new arrival was wanted by Ajax, Inter and several other big teams in Europe, but the young Greek international chose Genoa. Yesterday-evening at 21.30 hours the 20 years old Sokratis Papastathopoulos (1.83 high by 82 kilo’s) signed his 5 years contract and he arrives in Genova – to have his medical test – next Wednesday after which he goes to Acqui Terme to meet Mr. Gasperini and his new teammates that beat him yesterday by 1-0. In Greece they say he is the best Greek defender of the last 20 years and unless his age he already plays in the national team.