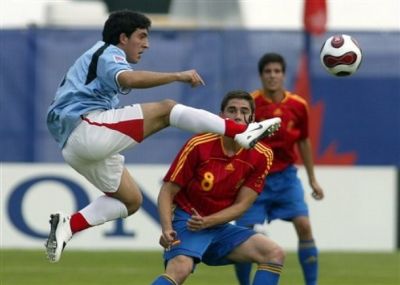 Today arrived 20 years old Uruguyan midfielder Marcel Roman in Genova to have his medical test tomorrow. The rumours say that Roman that is named “Gattuso of Uruguay” will substitute Nicolas Domingo. Last year Roman was a teammate of Rubén Olivera with Penarol in Montevideo, Uruguay.

In the meanwhile the rumours that Genoa wants to buy another central forward are stronger day by day. At the same time more and more clubs (Chievo, Reggina, Boca Juniors) say that they want to buy or rent our Lucho Figueroa. Will be continued …., or better not !