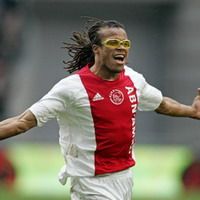 Saturday after the friendly match against Bellinzona Mr. Enrico Preziosi told the press that maybe another player arrives with Genoa. Because the transfermarket is closed it could only be a player without a contract at the moment. Last summer Edgar Davids refused to sign a new contract with Ajax and since that time he trains with AZ Alkmaar, opponent of Genoa a few weeks ago at Tropheo Spagnolo (Genoa won by 3-1). The news in Holland today says that Davids has an agreement with Genoa, but before he can sign the contract he first has to pass a very detailed medical test.