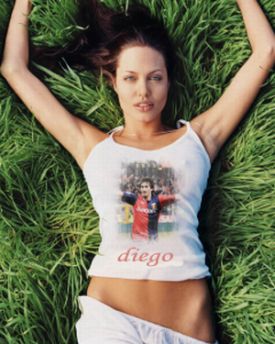 Thursdaymorning early at 2.15 hours the match Chili-Argentina started in Santiago di Chili with Diego Milito in the line-up of Argentina. Because Argentina was 1-0 down coach Basile substituted Diego after 45 minutes, but it did not help him: Argentina lost for the first time in 36 years against Chili and Basile was fired yesterday. After the match Diego flew in 2 hours back with the team to Buenos Aires, from Buenos Aires 13,5 hours together with Inter-players Cambiasso and Zanetti towards Madrid and in 2,5 hours from the Spanish Capital to Genova. Very tired because of the long trip and the time-difference Diego yesterday was present at the Pegli-trainingsfield. Today he has to do a test to see if he is healthy enough to play tomorrow against Siena. The newspapers expect that our topscorer starts on the banch and Raffaele Palladino starts in the line-up.

Wednesdaynight Anthony Vanden Borre played a great match against European-champions Spain, that Belgium lost in the 90th minute just after Vanden Borre was changed. On the supporterssites Genoa-supporters talked Thursday about the great match of Anthony and spoke about a possible line-up against Siena. Now the discussion is over because Anthony did not return on time in Genova and Mr. Gasperini probably punish the Belgium international and doesn’t put him in the team against Siena.