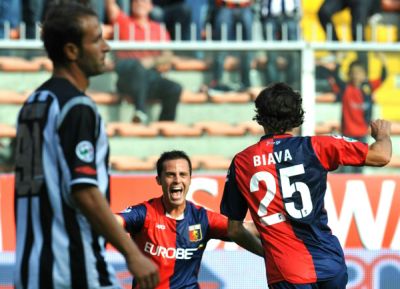 Also our 4th homematch this season ended in a victory. The first one ever against Siena, because till today we only draw and lost twice against the Toscany team. The goal was scored by Giuseppe Biava who headed a corner in the 20th minute behind goalkeeper Curci. A few minutes before Thiago Motta made his debut by substituting injured Omar Milanetto. In the second half especially Diego Milito had some chances to double the score, but on the other side Rubinho saved a great shot of Galloppa. Genoa is now 9th in the standings with 12 points in 7 matches, next week we play in Giuseppe Meazza against number 1 Inter, that beat A.S. Roma tonight by 0-4 in Stadio Olimpico. 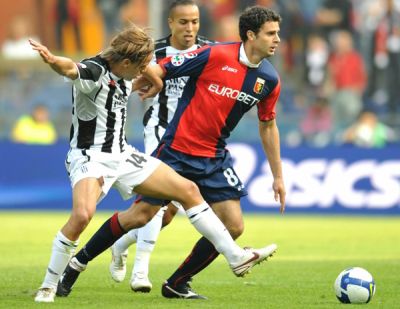