Last season Genoa sold 21.675 seasontickets, we all thought because of the return after 12 years in Serie A. The number of single tickets was 3070 every match, so their was an average of 24.745 supporters in Luigi Ferraris every homematch. This summer because of the good results last season (10th place) and the arrival of Milito at the end, the club sold 22.856 seasontickets. Only 269 less then in the Uefa-cup season 1991-1992 when 23.125 Genoani bought a seasonticket, the all times record.

Besides the good news, unfortunately there is also bad news. Our playmaker Omar Milanetto who left the field with an injury after only 15 minutes last Sunday against Siena is not able to play the next 40 days. ‘Hannibal’ hopes to return in the team just before the derby against Sampdoria next 7th December. 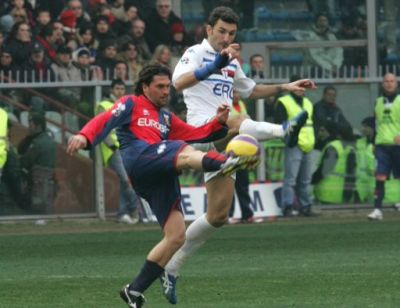