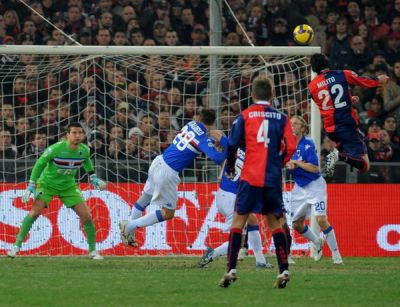 Genoa has beaten Sampdoria by 0-1. The first victory in the derby since 5th November 2001 was decided by a goal of Diego Alberto Milito in the 50th minute. Genoa is now on the 6th place in the standings with 25 points, Sampdoria has only 16 points. 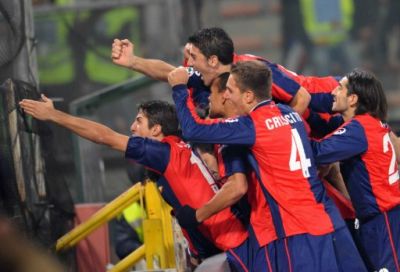 Mr. Gasperini started the derby in an unusual 4-4-2 system, but with the dream midfield: Rossi, Milanetto, Motta and Juric we already hoped last week during the hand over of our trophy to Omar Milanetto. Genoa was surely the strongest team in the field at the moment it was possible to play football, but mostly there was no space to play football. Referee Farina whistled 58 fouls and gave 11 yellow cards, 5 to Genoa and 6 Sampdoria players. The goal was a fantastic header of Milito out of a freekick of Omar Milanetto. After the goal Sampdoria scored 2 times in an off-side position which frustated Cassano and Co badly. Of course there was big happiness in Gradinata Nord, the visitors sector in the main stand and on the field at the moment referee Farina finally whistled after 5 minutes of extra time in the second half. Grazie Genoa ! 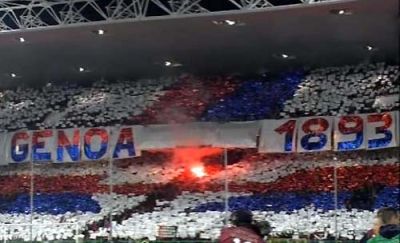