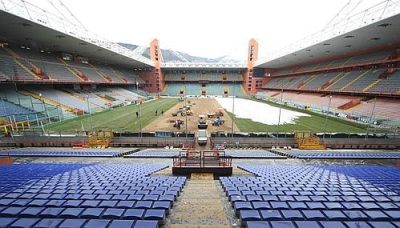 As expected the weather got better and already Thursday the missing 1/3 part of the grass arrived in Genova. This afternoon the team of Mr. Gasperini trained on the new pitch and everybody was happy to play finally on a good and green field.

Mr. Gasperini does not have as much problems as last month against Chievo because half of the 10 missing players are back in the team: Ferrari, Mesto, Milanetto, Roman and Sculli. The other 5: Paro, Potenza, Gasbarroni, Palladino and Milito are still injured. Because it is not 100% sure that our 2 Brasilians: Rubinho and Thiago Motta can play Mr. Gasperini selected 20 players, including the youngsters Lamanna and El Shaarawy: 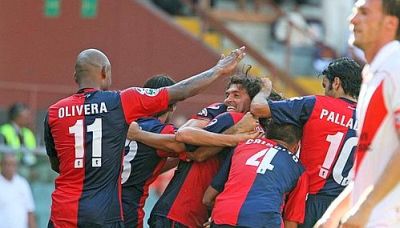