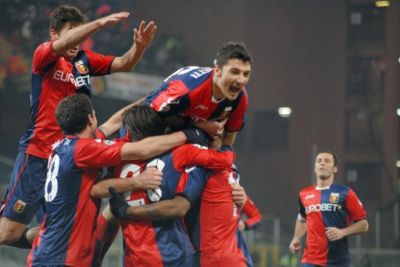 Tonight Genoa played a fantastic match against our friends of Torino and scored 3 times by head. With the strikers Sculli, Olivera and Jankovic in the line-up the Rossoblu-boys started immediately offensive and very powerfull. In the 18th minute Genoa deserved a corner after a good combination of Jankovic and Olivera that was stopped at last by a defender of Toro. The corner was strongly headed in by Biava who did not give ex-Sampdoria goalkeeper Sereni any change: 1-0. Despite several chances to double the score, the first half ended with only 1 goal difference.

In the second half the match was over after only 3 minutes when Jankovic headed a fantastic cross of Sculli in the net: 2-0. Just as in the first half Genoa created many changes with fantastic football before Thiago Motta headed again a corner behind Sereni in the 85th minute: 3-0. Our Brasilian midfielder got injured by this goal, so Omar Milanetto came into the field to play the last minutes in which Genoa also could have scored a fourth and fifth goal. As a matter of friendship with Torino we all can be happy that the final score stayed 3-0. Man of the match without any doubt: Bosko Jankovic. 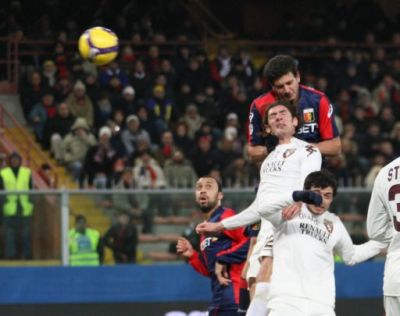