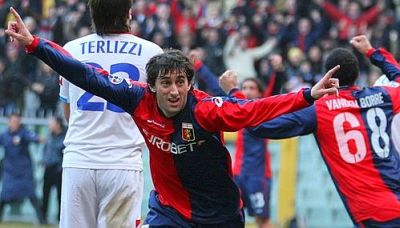 The words of Mr. Gasperini were very simple: Diego Milito is not a player you put on the bench, if he is healthy he has to play always, so also against Catania. The biggest problem was to substitute banned Ivan Juric, the player who recovers many, many times the ball of the opponent. Mr. Gasperini put Milanetto besides Thiago Motta but of course Omar is a completely different player as Ivan, which we saw in the 1st half when Catania was the best team in the field till the last minutes before halftime when Bocchetti hit the crossbar and Milito just missed the goal by centimeters.

In the 2nd half Genoa started as the best team and the Gasperini-boys also opened the score, but the goal of Milito was annulated because of off-side of Jankovic. A few minutes later the match completely changed with the second yellow, so red card of Matteo Ferrari. At the moment Martinez also gave Catania the lead everybody feared the match was over, but we have Diego. Within 5 minutes he scored the equalizer: 1-1 and till the end of the match he was the nightmare of the Sicilian defenders. Unfortunately he did not score anymore, so the match ended by 1-1, but we stay 4th in the standings. 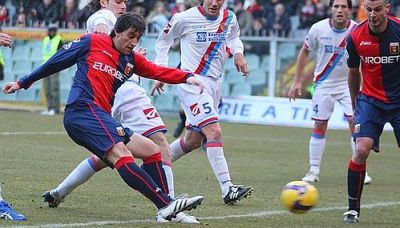