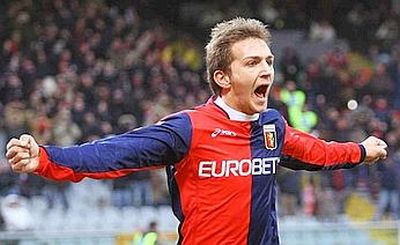 Just as Wednesday in San Siro Genoa scored in the final-minutes of the match. Both times our Gasperini-boys deserved the goal, so nobody can say we were lucky. Wednesday it was goalkeeper Abbiati who stopped everything, today it was a combination of goalkeeper Amelia and the crossbars of Luigi Ferraris.

Palermo defended during the whole match and only had a few counters. Just one time in the 2nd half the Sicillians were close to a goal, but Rubinho stopped the header of Simplicio with a great save. Genoa was many, many times close to a goal, but especially in the last 15 minutes of both parts when Palermo got tired of the fast ball-circulation of Genoa. In the 36th minute Criscito hit the post, in the 40th minute Amelia saved a fantastic bicycle-kick of Jankovic and in the 44th minute Biava headed the ball on the other post. Also in the 2nd half Genoa was the offensive team in the field with 4 strikers (Palladino, Jankovic, Milito, Olivera who substituted Sculli at the end) and many chances, but at the moment everybody was afraid that the match would end without goals it was Mimmo Criscito who scored easily after a fantastic combinaton of Milanetto and Jankovic: 1-0 and still 4th with 40 points in 22 matches. 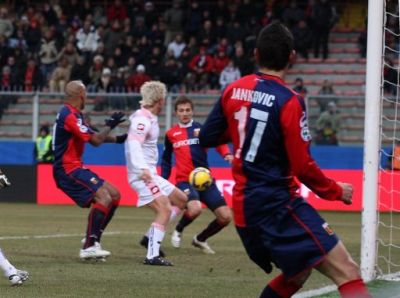