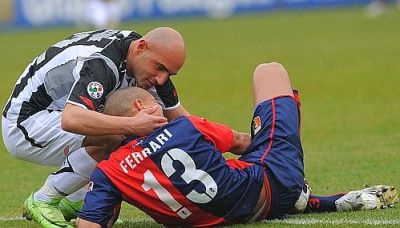 The match ended just as it started: 0-0. In the first half Siena surely was the best team in the field, but our goalkeeper Rubinho was unbeatable. In these first 45 minutes Genoa had less chances than the hometeam, but our topscorer Diego Milito scored a regular goal in the 26th minute that was annulated because of off-side. Just before halftime Maccarone missed a big chance close to Rubinho. In the 2nd half Genoa was the best team and we also got the biggest chance when substitute Palladino hit the post in the 85th minute. Because of the draw we now have 45 points, 3 less then last year at the end of the season. After a victory next Saturday at 18.00 hours in Luigi Ferraris against Inter we have 11 matches left to beat our record of last year heavily and reach European football for the first time since it ended in Amsterdam in April 1992. 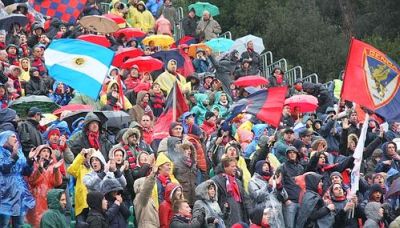