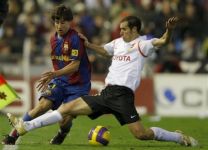 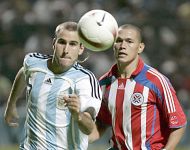 Matteo Ferrari (29 years) could not refuse the fantastic financial offer of € 2,5 million netto every year of Besiktas (Turkey), so he left Genoa after only 1 fantastic season. With the youngsters Salvatore Bocchetti (22) and Sokratis Papastathopoulos (21) we already have 2 good central defenders in the selection that can substitute “King of the air” Ferrari. Besides the youngsters also 32 years old Giuseppe Biava can play as a central defender, while probably tomorrow also another central defender (Andrea Esposito of Lecce) will be bought by Mr. Preziosi.

Because Mr. Gasperini transformed Mimmo Crisicito into a left-midfield player we needed a new left defender. After 5 seasons with Valencia (Spain) now Emiliano Moretti (29) returns in his homecountry to play with Genoa. We also found our 6th striker after Sculli, Jankovic, Crespo, Floccari and Palladino in Argentinian Rodrigo Palacio (27) of Boca Juniors, who already played 8 times in his National team. Now Mr. Gasperini has, as he wanted, 6 players who can play as the 3 strikers in the favorite 3-4-3 system.