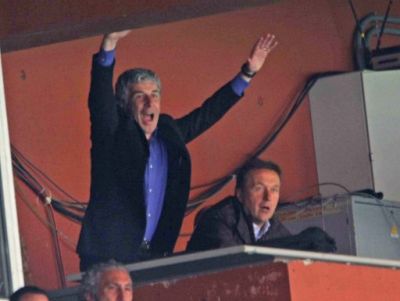 Yesterday Lega Calcio squalified gentlemen Gian Piero Gasperini because of his behaviour at the moment Cagliari scored the winning goal last Sunday. It looks like the old days of a few years ago returned …..

Besides Mr. Gasperini (who can watch the match on top of the Tribuna Stampa just as 2 years ago against Torino) Genoa also misses banned Scarpi and Moretti, while Criscito, Fatic, Jankovic, Juric and Kharja are injured. Because Stephan el Shaarawy plays the World Cup under 17 our coach tomorrow Mr. Bruno Caneo has only 18 players of the first team left, so he also took the youngsters Grea and Raggio Garibaldi in his selection: