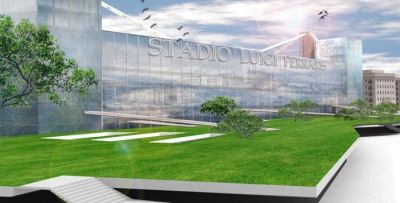 The city of Genova wants to build a new stadium in the city to be one of the cities of Euro 2016 which possibly will take place in Italy. The city-council and Sampdoria’s president Garrone want to build a new stadium anywhere in the city, while Genoa and their fans only want to stay in Luigi Ferraris. Of course Luigi Ferraris need to be reconstructed to be home of the Euro 2016, but this project costs only € 50 million, while a new stadium costs at least € 200 million. See the video that was presented today by the Fondazione Genoa, a group of Genoa-supporters that does everything to protect our Genoa against commercial and political influences and that is also responsable to the Genoa-museum: