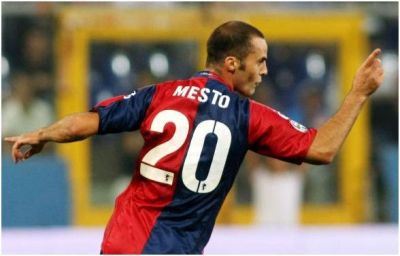 After the defeats against Lazio and Milan and the draw against Parma finally again a victory to Genoa. After a nervous start our red and blue team became stronger and stronger. In the 28th minute Catania-defender Bellusci got his second yellow card after he stopped Suazo irregulary, so Catania had to play with only 10 players. From this moment there was only 1 team in the field: Genoa ! Giandomenico Mesto scored the first goal in the 36th minute with a header out of a cross of Criscito, while Mesto himself gave the assist to the second goal: a header of Giuseppe Sculli in the 71st minute: 2-0.