Every team in every league has an off-day a few times in a season. Our Genoa played such a bad match yesterday in Florence. The first shot of Genoa on the goal of keeper Frey arrived in the 60th minute which is incredible to a team that scored 5 times last week. After only 4 minutes Fiorentina already took the lead with a goal of Santana. Till halftime Genoa resisted but in the 2nd half also the second (dubious penalty of Gilardino) and the third goal arrived: 3-0. 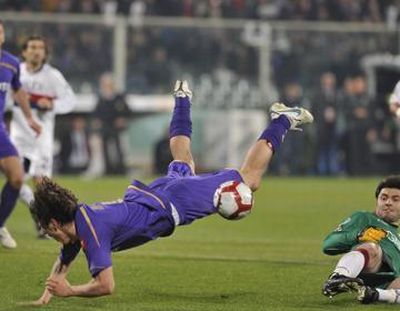 Besides the defeat Genoa also “lost” Sokratis and Juric to play Wednesday against Palermo in Luigi Ferraris. Both players received a yellow card. On the other hand captain Marco Rossi returns Wednesday after his suspension against Fiorentina.