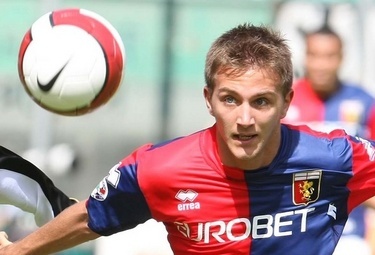 The members of Genoa Club Amsterdam have chosen Domenico Criscito as Genoa Club Amsterdam Genoano of the year. Mimmo is a great player in the field with Genoa and the Italian National team but also outside the white lines he is a real gentlemen. Last year he overhanded the trophies at the United in the name of Genoa calcetto-tournament, tomorrow we give him a trophy in Siena. Congratulations Mimmo, also for the penalty in the last second of the match against Palermo.