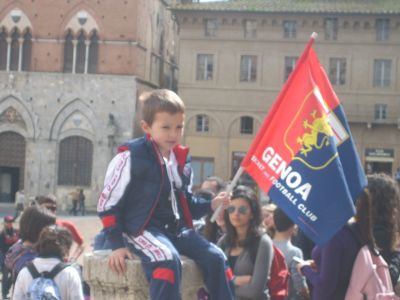 The wetter, the friendship between the fans of both teams and the whole atmosphere was fantastic to a great match in Toscany last Sunday. Unfortunately the goalkeepers Curci and Ameli were the best players in the field and unbeatable. Genoani Marco Rossi and Raffaele Palladino and striker Ghezzal of Siena almost scored, but the 0-0 stayed till the end on the scoreboard. Both teams were not very pleased with the draw. 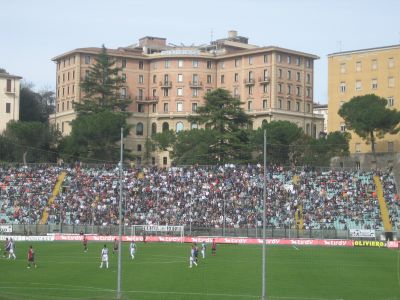 Before the match the members of Genoa Club Amsterdam had a warm welcome by Press-officer Dino Storace of Genoa in the players-hotel in Montereggioni. As Genoa Club Amsterdam Genoano of the season 2008-2009 our members voted midfielder Mimmo Criscito, who played 3 years ago with Genoa in Serie B and now is a line-up player in the Italian National team, unless his young age of only 23. Mimmo was very pleased with the trophy which is clear on the foto: 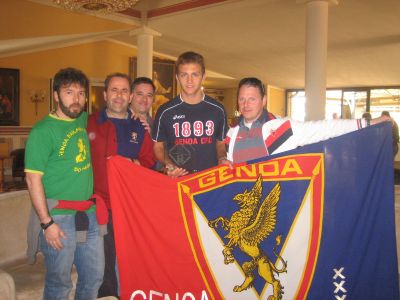 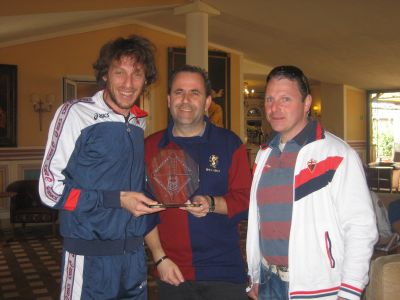