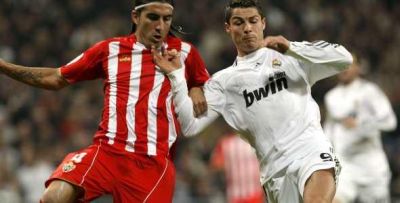 Sokratis Papastathopoulus leaves Genoa towards A.C. Milan which pays € 4,5 millon and 50% ownership of 3 very talented players. “Papa” played the 2 seasons with Genoa, 1,5 years as substitute of Giuseppe Biava and since January the Greek was our right-defender. Today Genoa immediately bought his substitute: José Manuel Flores Moreno, named Chico. The 23 years old defender was raised in the youth of C.F. Cadiz and played in the season 2007-2008 in the 2nd team of F.C. Barcelona. Since the summer of 2008 Chico played with Almeria in the Primera Division. Chico is 187 centimeters tall and played 3 matches with the Spanish National team Under 21 years.