Tonight Genoa has beaten Bologna by 1-0. The only goal was scored in the 81st minute by Omar Milanetto who returned in the team after his squalification against Palermo. In the stadium were lot of flags to thank our fired but of course still loved coach Mr. Gian Piero Gasperini, who brought us back in Serie A and Europe. 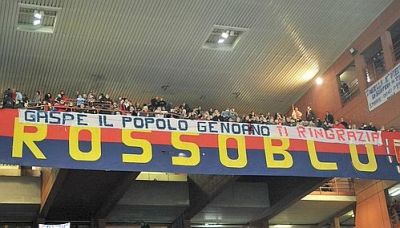 Our new coach Davide Ballardini had playmakers Veloso and Milanetto back in the line-up, while the 3rd playmaker Kharja was on the bench. Till finally the goal of Milanetto arrived in the 81st minute there was only 1 team in the field: Genoa. Many changes were missed and sometimes we were also unlucky for instance with the free-kick of Veloso on the crossbar. After the goal of Omar also Bologna wanted to attack and tried to score the equalizer but luckely they didn’t succeed. With 14 points in 11 matches we are back in the middle of the standings.