Genoa only scored 2 goals in the last 6 matches and was 1-0 down at halftime in Lecce, so we all feared for a defeat unless the fact that Genoa was the less bad team in the field during the first half. In the 2nd half we saw a completely different Genoa. In the 55th minute, just after Di Michele missed a big chance to double the score, Luca Toni headed a corner of Miguel Veloso behind the goalkeeper of Lecce: 1-1 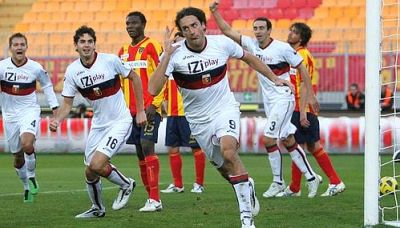 In the 76th minute Andrea Ranocchia headed a free-kick of Veloso in the goal of Rosati: 1-2. Of course Lecce tried to score the equalizer in the last 15 minutes of the match, but the final goal was scored by our captain: Marco Rossi after a good combination of Rudolf and Destro: 1-3. Genoa now is 9th in the standings with 21 points in 15 matches. 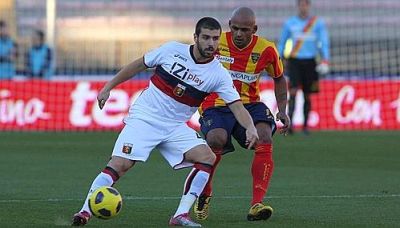 The next match is planned Saturday 11th December at 20.45 hours in Luigi Ferraris against our Napolitan-brothers buth a strike of the players in Serie A probably will cancell this match.