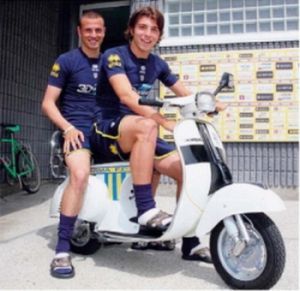 The first 2 new players has arrived: left wing-defender Luca Antonelli and striker Alberto Paloschi, both raised in the youth of A.C. Milan and played with Parma this season. Antonelli already is a Genoa-supporter as son of father Roberto who played with Genoa in the early 80’s before Luca was born. Andrea Antonelli is a fanatic Genoa-supporter with a seasonticket of Gradinata Sud who can now see his brother Luca in the loved red and blue shirt every 2 weeks in Luigi Ferraris. Alberto Paloschi is a very talented striker who scored his first goals in Serie A with A.C. Milan.