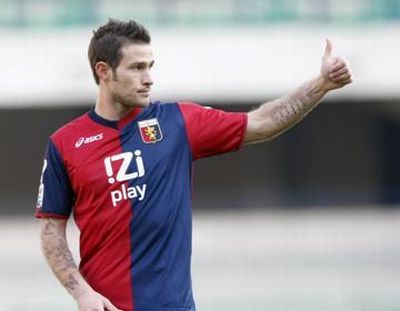 Again a goalless draw today. Genoa started with Floro Flores in the line-up, but it was clear that the ex-striker of Udinese did not play much the last time. The biggest chances were missed by Marco Rossi and Bosko Jankovic, while Chievo played the last 22 minutes with 10 players after the red card of Cesar. Genoa is now on the 14th position in the standings. Next Sunday we play against Parma in Luigi Ferraris.