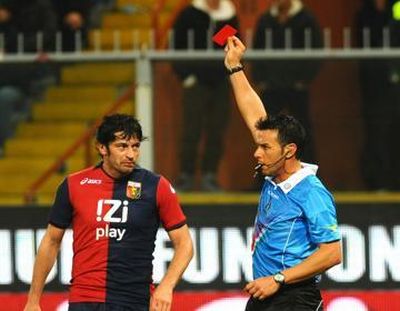 Unfortunately we had to play against Milan in a bad period of Genoa and a very strong period in the season so far of Milan. In the first half our defenders resisted, but 10 minutes after the break the match was decided. Referee Celi gave Kaladze his second yellow card and Zlatan Ibrahimovic realized the penalty: 0-1. Unless the squalification of Palacio Genoa tried to score the equalizer, after the debut of Zé Eduardo Milan keeper Amelia was finally under pressure, but a few minutes later Nocerino scored the second goal: 0-2. After this defeat Genoa is back at the right (so wrong) side of the standings.