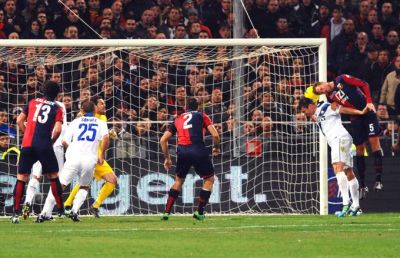 The match that was postponed at 6th November because of the flood, this time without the Dutch Genoani. With 5 defenders and only 1 striker (Zé Eduardo) Mr. Malesani believed in a miracle. Happily Diego Milito refused to score against us (and the team of his hart), so halftime arrived with 0-0. At the beginning of the second half Genoa played more offensively and scored with a header of Andrea Granqvist, but the goal was cancelled because of off-side. On the other side Japanese midfieldplayer Nagatomo headed the ball behind Frey and this goal was regular to referee Banti. With 0-1 the expected defeat arrived, maybe Mr. Malesani next time better can try to score to give the public a more interesting match and to have a real chance to win. 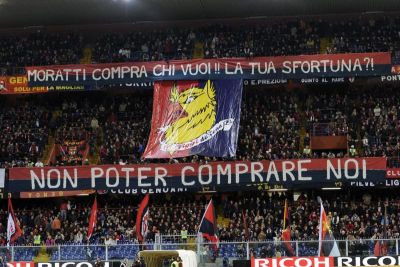