As we all know Rodrigo Palacio is very important to Genova. Without ‘the train’ Genoa hardly scores. Today against Bologna the former team of Mr. Malesani we needed the points to stay close to the Europa League-zone. In the first half Genoa took the lead by a dubious goal of Marco Rossi. At the beginning of the second half the deserved draw of Bologna came with a goal of Ramirez. After our ex-player Marco di Vaio hit the far post it was Lucas Pratto who gave us 5 minutes before the end the 3 points by scoring his first Italian goal in front of Gradinata Nord. A very important match to the standings, 1 match before the end of this year. 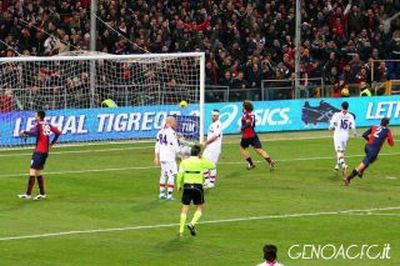