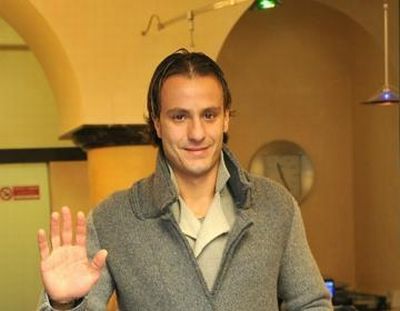 The whole summer the newspapers told us that Alberto Gilardino the famous striker of Fiorentina and the Italian National team would come in Genova, but at the end we had to be happy with Andrea Caracciolo of Brescia. Andrea gave us a fantastic point in the new Juventus-stadium to score the late equalizer but unhappily this was his only golden moment. Today Caracciolo was hired to Novara and at the end of the morning Alberto Gilardino arrived at the medical centre in Albaro, one of the best areas of Genova. Monday or Tuesday we expect ‘Gila’ for the first training with our new trainer: Pasquale Marino who substitutes Alberto Malesani who was fired one day after the horrible match in Napoli: 6-1 defeat. Marino is born 49 years ago in Marsala on the island Sicily. He trained several teams like Foggia, Arezzo, Catania, Udinese and Parma. With Udinese he reached the Europa League, the same result we like at the end of this season. Lots of success Alberto and Pasquale!