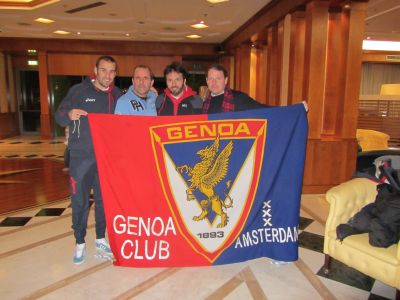 Saturdayevening we honoured just like last year Rodrigo Palacio as Genoa Club Amsterdam Genoano of the year. In the Sheraton hotel near the airport of Genova we met Rodrigo who was with the team in the hotel to prepare for the match against Lazio the next day. Rodrigo is again chosen as our man of the year, not only because of his fantastic way of playing, or his many important goals but also because he stayed with Genoa and refused the transfer to Inter which wanted to pay him a few times his salary with Genoa and gave him the opportunity to play in Champions League. For this reason we surprised Rodrigo with a little copy of the most important European trophy, to show him that also with Genoa you can win the Clampions league. Rodrigo was very pleased with the trophy and thanked all the members of Genoa Club Amsterdam. 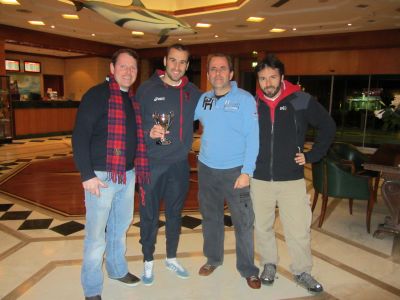