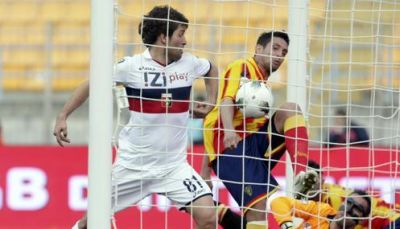 Genoa returns home from the far South with a golden point, which means that the advantage on Lecce stays 7 points. At halftime Genoa leaded by 0-1, the goal was scored by Giuseppe Sculli after a fantastic combination with Palacio and Jankovic. In the 16th minute of the 2nd half Muriel scored the equalizer after he beat Marco Rossi in the run. After this goal it was time for the long distance free-kicks: Jankovic two times was close to a goal but Lecce goalkeeper Benacci saved his team. In the 80th minute it was Brivio who shot his free-kick behind Sebastien Frey: 2-1 to Lecce. Genoa did not accept another away-defeat so the players of Pasquale Marino went forward. In the 86th minute the reward came. Referee Russo refused to give us a penalty, but the corner that followed was headed in by Sculli: 2-2. In the 94th and last minute 3 players of Genoa ran towards goalkeeper Benassi of Lecce, but Sculli’s shot was blocked by the goalkeeper. We could have won this match, but a draw is also a good result. Next week we try to beat Juventus for the first time this season. Probably with Alberto Gilardino back in the team and hopefully also with Andreas Granqvist who looked heavily injured today. 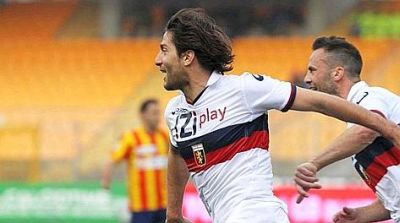