The match Milan-Genoa is cancelled because of the death of 25 years old Piermario Morosini by a hartattack in the field during the match Pescara-Livorno. Genoa and Milan already had started their warming-up when the news about the death of the Livorno-player (Serie B) and the decision of the Italian Football Associciation to cancel all the matches of this weekend arrived.

The next match of Genoa now will be: Genoa-Siena on Sunday 22nd April at 15.00 hours. Genoa Club Amsterdam will be there for the first time since Genoa-Lazio on 5th February (last victory of Genoa!) to bring again 3 points to the team of Malesani. Because of the calcetto-tournament United in the name of Genoa on Saturday in Albaro 21 Dutch Rossoblu will arrive, a record for our fanclub! 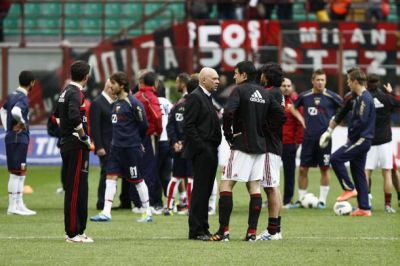