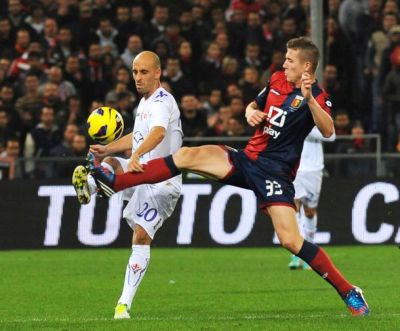 Genoa misses Marco Borriello. Without our topscorer it is very hard to score and to play offensive. With Mr. Delneri the defensive part of the team increased a lot, but every match we take 1 goal and lose 1-0. In the homematch against Fiorentina we deserved to loose with more then the only goal of Pasqual in the 14th minute. Goalkeeper Frey saved us several times, but Genoa never was close to a draw. Three days later in Siena we played a typical 0-0 match with less emotions, but Paci headed a corner behind Frey so the hometeam stole the points.