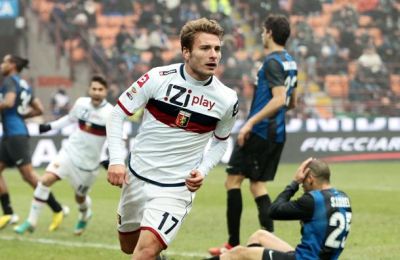 With a 1-1 draw against Inter we end a dramendous year. Last May we saved ourselves in Serie A in the last match against Palermo in an empty Luigi Ferraris, 3 coaches were fired (Marino, Malesani and De Canio), we lost the derby, president Preziosi wants to sell the club and most of all the atmosphere in the stadium has gone down in 2012. To cure all of this the draw in Giuseppe Meazza gives hope for the future. We played good football (after the defeat in Pescara (2-0) and the draw at home against Torino (1-1, goal of Granqvist) we hope that we have reached the bottom now), scored the opening goal and succeeded to stop both Milito and Palacio.

Despite the draw we are still number 19 of the standings, but only 2 points away of the 17th position which means the longest stay of Genoa in Serie A since World War 2. Keep the faith!