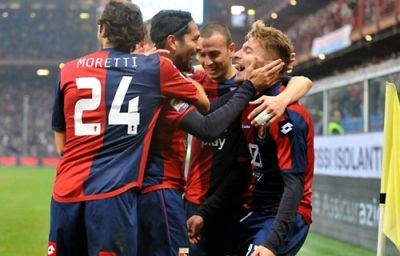 Genoa started the year 2013 with the first homevictory since the openingmatch of the season against Cagliari. The new players Pisano and Matuzalem started in the line-up and played both very good. Antonio Floro Flores only played the last 15 minutes in which he made a good impression. Because Immobile got his 4th yellow card and will be banned next week Floro Flores can substitute him. Both goals were scored by Marco Borriello in the second half. Genoa now is 17th, 1 point above the relegationzone. 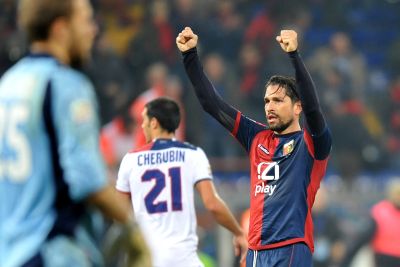