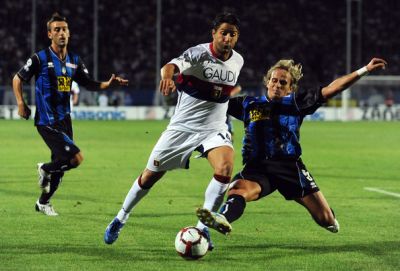 The last rumours in the newspapers say that Andreas Granqvist stays with Genoa and doesn’t go to Dinamo Kiev unless the fact they want to pay around 7 million euro’s. In the center of the defense our Swedish rock gets a new partner with Thomas Manfredini the captain of Atalanta who signed a 3,5 years contract with Genoa. The old mate of Granqvist: Canini substitutes Manfredini in Bergamo. With Manfredini the 4th new player arrived with Genoa this month after Matuzalem, Floro Flores and Pisano (Palermo). Probably there will arrive another striker (Olivera?) and an extra defender (Neto?).