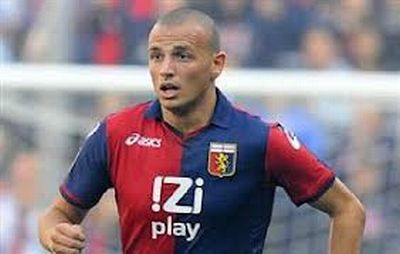 Of course Genoa has many players who play in their Natioal team like Granqvist, Kucka and Vargas. But since Criscito left us to Zenith Sint Petersburg we did not had a player in the national team of Italy till Luca ‘Dustin’ Antonelli was selected today to play in the Squadra Azzurri. Yesterday Luca scored his first goal with Genoa and today he already was rewarded for that. This year Antonelli plays with a lower salary with Genoa which he asked himself last year when he did not play very well. A special player with a Genoa-heart just as his father who also played in our fantastic red and blue shirt: Luca Antonelli.