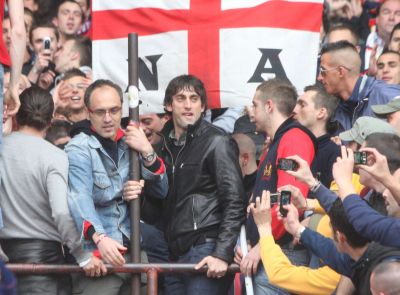 To celebrate our 120th anniversary Genoa stays 10 days in England to play matches against West Bromwich Albion (1st August) and Stoke City (10th August). In between these matches Mr. Liverani wants to play a third match in England around 5th August. Tomorrow Genoa plays in Neustift (Austria) against the new team in the highest division of Greece: Ael Kallonis FC. Last Saturday Genoa beat the hometeam of Val Stubai with 8-0 (4 goals of Moussa Konaté and 1 of Lodi, Santana, Jara Martinez and Soprano).