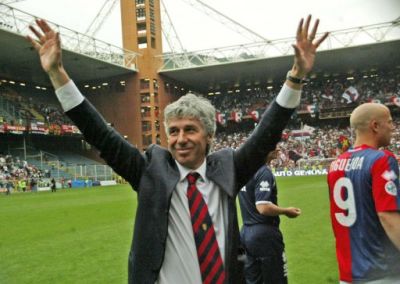 Our most successful coach since Mr. Bagnoli at the beginning of the nineties Gian Piero Gasperini is back with Genoa! Gasperini was our coach since the start of the season 2006-2007 in which we promoted after 14 years to Serie A. At the end of the season 2008-2009 he brought us in the Europa League. In November 2010 after the defeat in Palermo (1-0) Gasperson was fired by Mr. Preziosi and substituted by Davide Ballardini. Now almost 3 years later the friendly coach is back with Genoa! 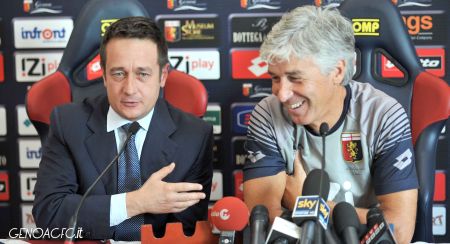 Gasperson is back, 3 years after his first successful period with Genoa