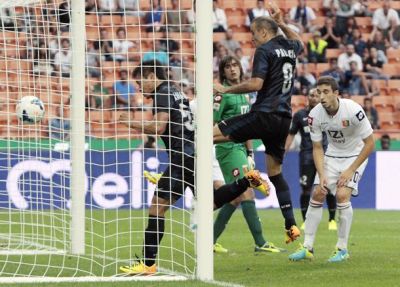 Genoa started the season with 2 defeats. Our Rossoblu-boys played a good match in San Siro and till the 75th minute the biggest chance of the match was missed by Juraj Kucka. In the last part of the match Nagatomo and Palacio scored the Inter-goals which meant that Liverani lost his first match as professional coach.

The first team that visited Marassi this season was Fiorentina. Always an emotional match with often an unhappy end. This time the match was already over at halftime: 0-3. In the 54th minute Gilardino scored after a perfect assist and the hope returned for 1 minute in the Genoa-hearts because within 60 seconds Giuseppe Rossi scored 1-4 behind Mattia Perin. Five minutes later Lodi scored his first Genoa-goal with a penalty: 2-4, but Genoa was not strong enough score 3-4 or even better 4-4. In the 93rd minute Gomez scored 2-5 with a penalty and acted very frustated in front of Gradinata Nord, nobody didn’t understand why if you score 2 goals and win an away-match by 2-5. One week later Gomez was heavily injured …. 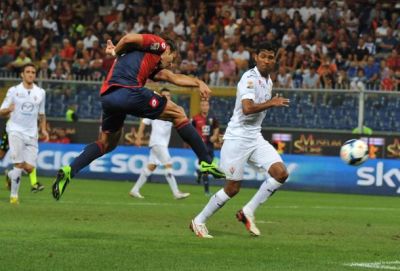