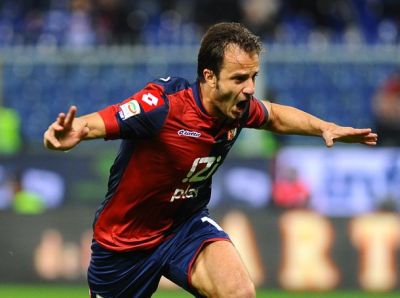 Again it was Alberto Gilardino with a fantastic header who decided the match, this time a cross of Biondini leaded to the only goal in Luigi Ferraris. For the first time this season Fetfatzidis started in the line-up and within a minute he was fouled in the penaltyarea and Genoa got a penalty. Unfortunately Gilardino missed it, so we had to wait for the openinggoal. In the 21st minute our new “star” Vrsaljko had to be substituted by Centurion because of an injury. After the penalty Parma got the best chances in the first half, but Mattia Perin again was in a good shape, halftime: 0-0. In the 22nd minute Gilardino scored the goal and of course Parma tried more and more to score the equalizer. Parma got only 1 big chance in the second half while Genoa could decide the match several times in the break-out but as usual we had to suffer till the end. Genoa now has 11 points in 10 matches and is 5 points ahead of the relegationzone.