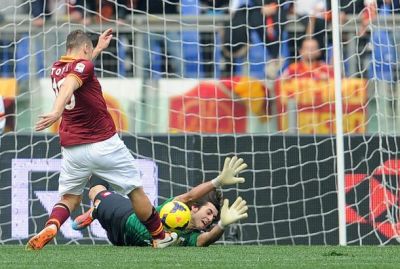 A.S. Roma was much too strong for the Gasperini-boys. Without experienced players like Portanova, Gilardino and Kucka this Roma played with our team. Thanks to Mattia Perin and the fact that Roma did not score after Matuzalem was send away with 2 yellow cards in the beginning of the 2nd half the score was only 4-0. Let’s hope this was an incident.

Against Roma the Swiss defensive midfieldplayer Cabral of Sunderland already played with us. Next Sunday against Inter we hope that also De Ceglie and Motta (both coming from Juventus and Italian international in the past) can make their first minutes in our fantastic red and blue shirt. The two players who both will probably sign their contract later today have to substitute Lodi (back to Catania) and Manfredini (Sassuolo). 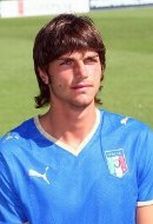 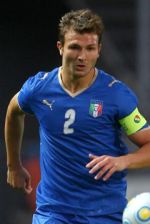 Lega Calcio has decided that the derby is on Sunday 2nd February at 12.30 hours.